As soon as your plane lands, our driver will already be waiting for you to start your trip. We will start our trip towards Casablanca, where we will visit the Hassan II Mosque, the second largest mosque in Africa after Mecca. After the visit, we will drive to Rabat. Once we reach Morocco’s capital city, we will visit the Kasbah of the Udayas, an ancient military fortress that was declared a World Heritage Site in 2012 by UNESCO. In this citadel, we can find the famous monumental door Bab el-Kébir, as well as one of the first palaces ever built by the Alaouite dynasty, which still reigns over Morocco. We will then visit the Hassan Tower. On the esplanade, we will see a minaret and dozens of columns, which are the remains of an unfinished mosque. The Mausoleum of Mohammed V, the first king of independent Morocco, was also built on the unfinished mosque’s esplanade. He is buried in the mausoleum, as well as his son and successor Hassan II, father of the current king. Free time. Night at the hotel.

Breakfast and free time until the agreed time for your transfer to the airport. Airport drop-off. End of our services. 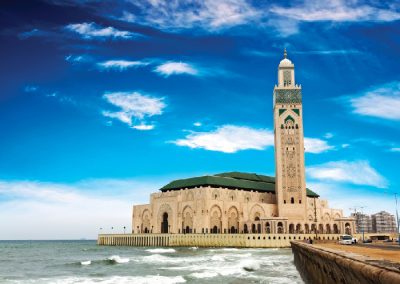 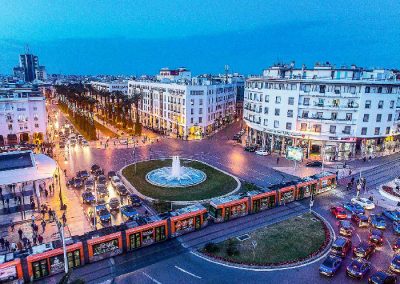 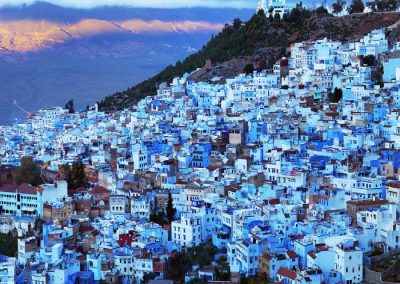 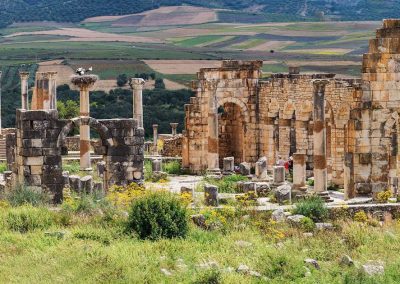 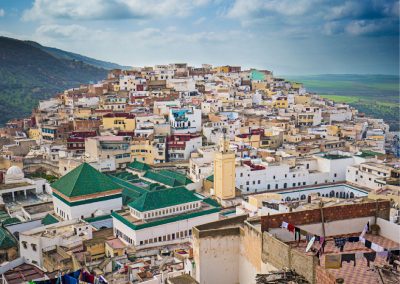 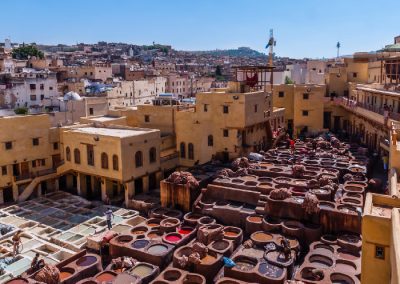 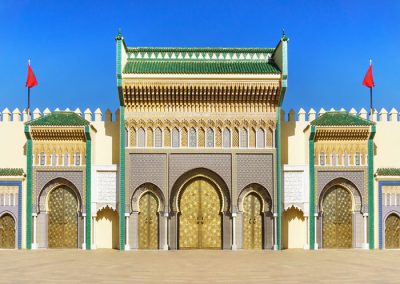 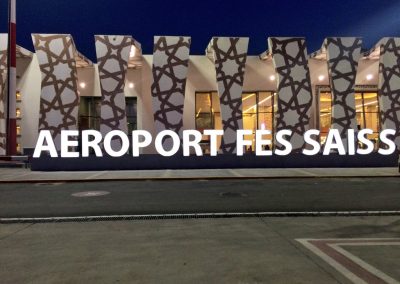